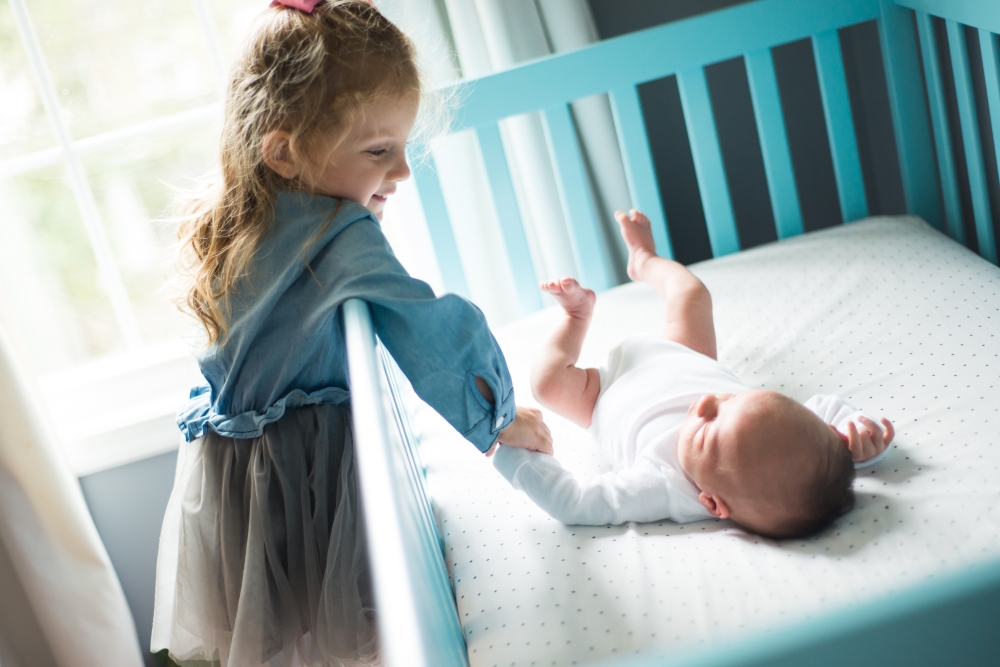 33. There are transitions in life. That’s the reality of this thing that we are all living. Dottie now looks like a grown child in comparison to her new baby brother. Whereas for three years, all of the attention had been on her, now it is divided by two. And actually, it may be divided 80/20, let’s be real. For a short time. So when I arrived with my camera, and wanted all of the shots – her alone, baby alone, family together, and her with her brother, well….let’s just say that after I photographed her brother alone, effectively ignoring her, and turned to bring her back into the frame, she wasn’t having it. She let me know me that her toy was very, very important. And she had important things to do. A photo with her brother was nowhere near the top of the list.

This happens in all of my newborn sessions with a second child, and it just gets my inner psychologist going. Just like all of us, she was trying to exert some control over this transition that she has no control over. She is so smart and so driven that she’s trying re-establish her role. To carve out a space for herself that has meaning, and is recognized by others that way. That she’s independent in a way that distinguishes her from the pack. Her brother can’t yet be independent, but she has earned this. She has put. in. her. time.

And yes, obviously Dottie only froze me out for like a minute. Then we gave her a power position on a step stool and asked her to do a very important thing – hold her little brother (and soon to be – favorite playmate)’s, hand. And she gave us this.

Thanks Dottie, for your spirit, your fun, and your fierce independence. And for going along with the plan. Even when your toy was infinitely more engaging.