Despite a consistent drizzle, our Mini Sessions on Sunday, March 29th were a total blast. As usual, the kids brought their own spark to the session, and you parents were great at staying relaxed and easy going as the beautiful white Easter dresses and party shoes got covered in mud. yikes. The obvious upside being that with all that mud around, barely a bribe was needed to keep everyone interested in being photographed for the full session. The soft light and lack of tourists didn’t hurt either.

This post is part one of the day, more to come soon. 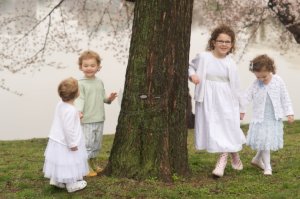 Ryan and Kate loosening up

Fashion for Paws at the Embassy of Italy

Last night I shot the huge fundraiser, Fashion for Paws, working with both Andrea Rogers of Ask Miss A, and Barkley Square owner, Kristina Robertson. The fashion show featured the fundraisers (raising over 250,000 for the Washington Humane Society) and dogs in tow, dressed in couture alike.

A few of my favs….
Day two of our Cherry Blossom Mini Sessions, coming shortly.
-sv 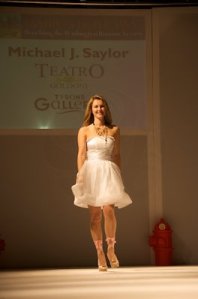 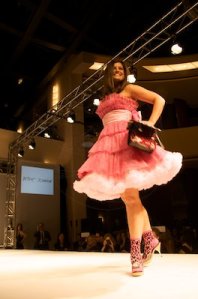 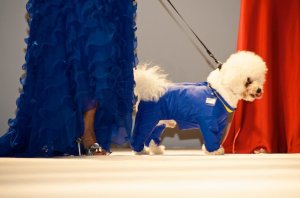 Thanks to the rains yesterday, we had gorgeous morning light for our first Mini Session this morning! Such fun and adventurous personalities showed up and shone for the camera. Family photography is a blast for me because every shoot is different from the next. As I was saying in an earlier post, portraits are about people and great light. As you can see below, although each family was only photographed for 20 minutes, and in the exact same spot as the next, the results could not be more distinct. That’s because of changing light, and changing personalities. 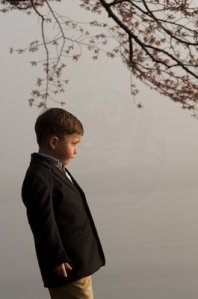 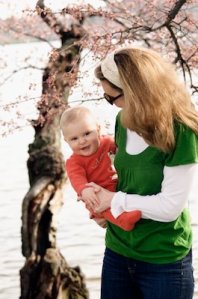 Adriana and Nicolas at 9:50

Thanks to all the families who came out today, and for being so flexible with a flooded riverbank and muddy grass. It was a ton of fun regardless! I’m really looking forward to our next Mini Session on Sunday…stay tuned.
-sv

The Amazing Faces of Good People

Some of you may know that in my previous career I was an environmental health community organizer at the Center for Health, Environment and Justice. Until 2008, I worked with individuals living in contaminated communities, to empower them with the tools and confidence they needed to take on City Hall. Those working in the streets, fighting for healthy and just communities, dedicate of their lives so that we all benefit. I am truly honored when some of these good people ask me to shoot for them.

Yesterday morning I was working with the great organization, the Children’s Environmental Health Network in the capacity of photographer, as opposed to coalition member, which was how i first met their amazing Executive Director. Here is a shot of Laura, their newest staff member. She’s from Chicago, so I call this her “hey mom! I’m here in D.C.!” headshot.

And a few weeks ago, I was so excited to work with the Greenlining Coalition, the nation’s oldest and most influential multi-ethnic coalition of African American, Asian American, Latino, and low-income organizations. They came from all over California to meet with Federal Chairman Ben Bernnake at the Federal Reserve. The influence and access that this coalition has built is so empowering. They are not a coalition built on money or ties to huge corporations, they represent the interests of some of the poorest communities in the state. And I’ve got to tell you. I have been in their shoes, meeting with people in positions of power. It’s scary. These folks, not scared. Totally empowered. Because they know that what they are saying is right and just, and they seem to embody their one operating principle: “Our communities are mutually dependent – if we stand together, learn together, and educate each other, we will prosper together.”

In this time of economic crisis they were meeting with Bernanke to discuss how the government can protect the poorest communities. I won’t say anything else here, because I’ll probably mis-quote Fed. Chairman Bernanke and the Dow will tank.

Hello all,
Well, within 24 hours, the Cherry Blossom Mini Session exceeded all of our expectations. With the first hour of announcement, the first day was full, and within 24 hours the next three dates we added were full as well. Unfortuantely, those cherry blossoms don’t hang around too long, so there are no other dates we can add this year.

Fortunately, great portraits are about great light, and great light happens everywhere. Two of my favorite spots are the National Zoo, and the fantastic Buzz Bakery on Slater’s Lane, in Alexandria.

If you would like to reserve a time slot on either of those days, shoot me an e-mail, or give me a call with your time and date preference. We’ll be holding mini-sessions at 20 minute intervals between 7:20 am and 10:20 am. First come, first serve.

We will do our best to accommodate all that are interested, and so look forward to meeting you soon!
-sv

Hi folks,
An update on the Cherry Blossom Mini-Sessions. Yesterday we sold out April 4th in under an hour, and then April 5, March 27 and March 29 were added. All of those dates sold out in just 12 hours. Thank you to all of you for your interest in these really fun family portrait sessions!

I am adding two Spring Mini-Session dates, April 25 and April 26 for anyone still interested who could not get into the Cherry Blossom schedule. The location is still to be determined, but I am thinking either Rose Park, on P Street in Georgetown, or by Pierce Mill in Rock Creek Park. If you are interested, send an e-mail to infoATstaceyvaethDOTcom.
more to come,
stacey

Wow! I am stunned. Flaberghasted. Totally excited.
There has been a huge response to the Cherry Blossom Mini Session announcement we made on Tuesday. Only 3 spots remain in our first Mini Session – so check out the info and reserve your spot if you’re interested. Go to the website: http://www.staceyvaeth.com, click on Families, then What’s New? to get all the details.

The short version:
$35 first child, $15 each additional person
What: 20 minute session, includes online gallery and 10% coupon off of one of our other sessions
When: April 4, 2009
Where: Tidal Basin, DC

Thanks to Sarah at http://www.dc-baby.com/, Devra at http://www.parentopia.com, and Kelly Dinardo http://www.kellydinardo.com for passing this announcement along their networks!

Thank Goodness Our Cherry Blossom Mini Session is Back!

Just for parents interested in getting a great springtime DC portrait of their child, we are thrilled to announce our Cherry Blossom Mini Session!

Join us at the Tidal Basin on Saturday, April 4th between 7:00am and 10am for this fun event!

We’ll have animal crackers, juice, water and a few blankets for you to relax as you wait for your session, or just to hang out with other parents and children. You are welcome to bring your own picnic and toys.

Stacey will capture a portrait of child that you can only get in Washington, DC, and only through Stacey Vaeth Photography.

Included in your $35 session fee: all images made available on-line for ordering and sharing, and a 10% coupon for Stacey Vaeth Photography photojournalism family sessions. Additional family members are $15 each.

We thank you for forwarding this e-mail to your friends and family, and look forward to seeing you there!

I had the great joy of working with Daily Candy Editor Erin Hartigan this morning for a fun photoshoot. In addition to the first three notes of every good song produced in the 1970’s, a list of shoot locations always floats around in my head. For this beautiful spring days shoot, a nearby wonderful street loaded with endless colorful rowhouses seemed like the perfect fit. Then Erin shows up in this green shirt, her green eyes glowing in the light, and I thought, yeah, that’s about exactly what I was looking for. So we went over to the location and she rocked it. 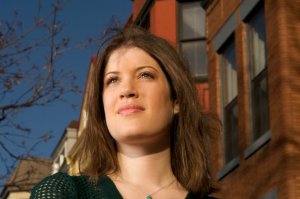 And one that pulls me back to some image that I saw of Joan Baez years ago…Erin sure looks great in color, but I love this antique treatment of her as well. Her soulful, creative self just shines through.

If you haven’t before checked out her work on the Daily Candy – take a look. Small businesses owners like me owe her the world for the support she gives us, and women like me are crying mercy because of all the great things we find and have to have on the Daily Candy each and every day. Check it out – it’s the best local resource around.

I had a great shoot yesterday to ring in this new spring weather. Headed down to the waterfront in Old Town, Alexandria, with family Melody, Kyle, Aya and big sister Maddie. We had a blast enjoying the 70 degree weather and sunshine, after being socked (and i say that relatively…) with 4 inches of snow on Tuesday.

These guys were so much fun and up for a relaxed morning being followed by paparazzi….
Here the girls are beginning to warm up for the camera: 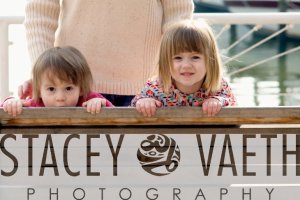 Getting ready for her close-up: 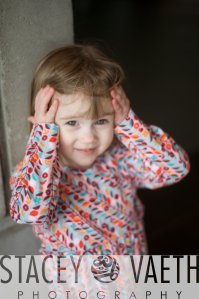 Getting swung around by dad…what glee! 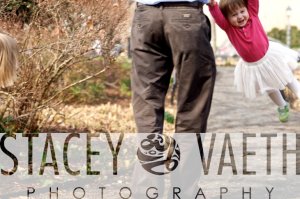 Feeling ready to have this photoshoot done already!:

Maddie is prepared for those spring showers! 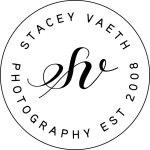